Definition of the term Definite and Indefinite Articles 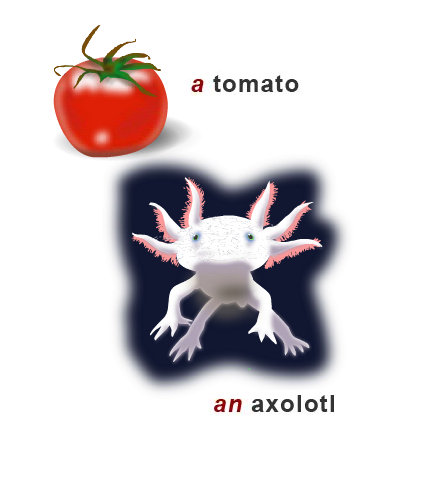 Demonstration of the Indefinite Article in action

Here is an extract from a text containing many, but not an unusual amount of, articles. See if you can spot a significant shift from indefinite to definite (significant in the context of plot development, that is).

Somewhere in the register was written the name Elizabeth Hunt; but seventeen years after the entry the spoken name was Lizerunt. Lizerunt worked at a pickle factory, and appeared abroad in an elaborate and shabby costume, usually supplemented by a white apron. Withal she was something of a beauty. That is to say, her cheeks were very red, her teeth were very large and white, her nose was small and snub, and her fringe was long and shiny; while her face, new-washed, was susceptible of a high polish. Many such girls are married at sixteen, but Lizerunt was belated, and had never a bloke at all.

Billy Chope was a year older than Lizerunt. He wore a billycock with a thin brim and a permanent dent in the crown; he had a bobtail coat, with the collar turned up at one side and down at the other, as an expression of independence; between his meals he carried his hands in his breeches pockets; and he lived with his mother, who mangled. His conversation with Lizerunt consisted long of perfunctory nods; but great things happened this especial Thursday evening, as Lizerunt, making for home, followed the fading red beyond the furthermost end of Commercial Road. For Billy Chope, slouching in the opposite direction, lurched across the pavement as they met, and taking the nearest hand from his pocket, caught and twisted her arm, bumping her against the wall.

“Garn”, said Lizerunt, greatly pleased: “le’ go!” For she knew that this was love.

Billy let go, and capered in front of her. She feigned to dodge by him, careful not to be too quick, because affairs were developing.

“Not along o’ you, cheeky; you go ’long o’ Beller Dawson, like wot you did Easter.”

“Blow Beller Dawson; she ain’t no good. I’m goin’ on the Flats. Come?”

Lizerunt, delighted but derisive, ended with a promise to “see.” The bloke had come at last, and she walked home with the feeling of having taken her degree. She had half assured herself of it two days before, when Sam Cardew threw an orange peel at her, but went away after a little prancing on the pavement. Sam was a smarter fellow than Billy, and earned his own living; probably his attentions were serious; but one must prefer the bird in hand. As for Billy Chope, he went his way, resolved himself to take home what mangling he should find his mother had finished, and stick to the money; also, to get all he could from her by blandishing and bullying, that the jaunt to Wanstead Flats might be adequately done.

There is no other fair like Whit Monday’s on Wanstead Flats. Here is a square mile and more of open land where you may howl at large; here is no danger of losing yourself as in Epping Forest; the public-houses are always with you; shows, shines, swings, merry-go-rounds, fried-fish stalls, donkeys are packed closer than on Hampstead Heath; the ladies’ tormentors are larger, and their contents smell worse than at any other fair. Also, you may be drunk and disorderly without being locked up – for the stations won’t hold everybody – and when all else has palled, you may set fire to the turf. Hereinto Billy and Lizerunt projected themselves from the doors of the Holly Tree on Whit Monday morning. But through hours on hours of fried fish and half-pints both were conscious of a deficiency. For the hat of Lizerunt was brown and old; plush it was not, and its feather was a mere foot long and of a very rusty black. Now, it is not decent for a factory girl from Limehouse to go bank-holidaying under any but a hat of plush, very high in the crown, of a wild blue or a wilder green, and carrying withal an ostrich feather, pink or scarlet or what not; a feather that springs from the fore-part, climbs the crown, and drops as far down the shoulders as may be. Lizerunt knew this, and, had she had no bloke, would have stayed at home. But a chance is a chance. As it was, only another such hapless girl could measure her bitter envy of the feathers about her, or would so joyfully have given an ear for the proper splendor. Billy, too, had a vague impression, muddled by but not drowned in half-pints, that some degree of plush was condign to the occasion and to his own expenditure. Still, there was no quarrel; and the pair walked and ran with arms about each other’s necks; and Lizerunt thumped her bloke on the back at proper intervals; so that the affair went regularly on the whole: although, in view of Lizerunt’s shortcomings, Billy did not insist on the customary exchange of hats.

Everything, I say, went well and well enough until Billy bought a ladies’ tormentor and began to squirt it at Lizerunt. For then Lizerunt went scampering madly, with piercing shrieks, until her bloke was left some little way behind, and Sam Cardew, turning up at that moment, and seeing her running alone in the crowd, threw his arms about her waist and swung her round him again and again, as he floundered gallantly this way and that, among the shies and the hokeypokey barrows.

See the Oxford English Dictionary for ladies’ tormentor ‘device used to annoy at pleasure-fairs’, hokeypokey ‘ice-cream’ and shine ‘convivial gathering’. Notice the dates of the attestations.

“Lizerunt was belated, and had never a bloke at all” at the end of paragraph one, becomes “The bloke had come at last” after the passage of dialogue. The indefinite a bloke could signify Billy Chope or Sam Cardew, and at the start of the text Lizerunt inclines to think it is likely to be Sam, but it turns out definitely to be Billy, and so he becomes the bloke. A small transaction linguistically but a crucial transition, and the plot can now develop as Sam Cardew arrives back on the scene to rival Billy.

Ida went into a pub and had a glass of Douro port. It went down sweet and warm and heavy. She had another. ‘Who’s Mr Colleoni?’ she asked the barman.

‘You don’t know who Colleoni is?’

‘I never heard of him till just now.’

The barman said, ‘He’s taking over from Kite.’

‘Who was Kite? You saw how he got croaked at St Pancras?’

‘I don’t suppose they meant to do it,’ the barman said. ‘They just meant to carve him up, but a razor slipped.’

‘I hadn’t heard all this,’ Ida said. She looked over his shoulder at the clock: nothing to do till one: she might as well have another and gossip awhile. ‘Give me another port. When did all this happen?’

‘Oh, before Whitsun.’ The word Whitsun always caught her ear now: it meant a lot of things, a grubby ten shilling note, the white steps down to the ladies’, Tragedy in capital letters. ‘And what about Kite’s friends?’ she asked.

‘They don’t stand a chance now Kite’s dead. The mob’s got no leader. Why, they tag round after a kid of seventeen. What’s a kid like that going to do against Colleoni?’ He bent across the bar and whispered, ‘He cut up Brewer last night.’

‘I dunno who Brewer is,’ Ida said, ‘but things seem lively.’

‘You wait till the races start,’ the man said. ‘They’ll be lively all right then. Colleoni’s out for a monopoly. Quick, look through the window there and you’ll see him.’

Ida went to the window and looked out, and again she saw only the Brighton she knew; she hadn’t seen anything different even the day Fred died: two girls in beach pyjamas arm-in-arm, the buses going by to Rottingdean, a man selling papers, a woman with a shopping basket, a boy in a shabby suit, an excursion steamer edging off from the pier, which lay long, luminous and transparent, like a shrimp in the sunlight. She said, ‘I don’t see anyone.’

See if you can spot something clever going on in the above extract with regard to the indefinite article. Write your answer below:

‘That boy’ is Pinkie, who has taken over as the leader of Kite’s mob after Kite was killed. Mr Colleoni is the leader of the rival mob who killed Kite. But Ida doesn’t know any of this.

“Ida went to the window and looked out, and again she saw only the Brighton she knew; she hadn’t seen anything different even the day Fred died: two girls in beach pyjamas arm-in-arm, the buses going by to Rottingdean, a man selling papers, a woman with a shopping basket, a boy in a shabby suit, an excursion steamer edging off from the pier, which lay long, luminous and transparent, like a shrimp in the sunlight.”

In this sentence there are six uncoordinated Noun Phrases (uncoordinated means without an explicit link like and); their determiners, premodifiers and heads being two girls, the buses, a man, a woman, a boy, an excursion steamer. Here are the postmodifiers: [in beach pyjamas] [arm-in-arm], [going by to Rottingdean], [selling papers], [with a shopping basket], [in a shabby suit], [edging off from the pier,][which lay long, luminous and transparent,][like a shrimp in the sunlight]. The first and the last Noun Phrases in the list are the heaviest (having more than one postmodifier), and the four in the middle are light, so they can be represented in size as XxxxxX:

NP 6. [an excursion steamer] [edging off from the pier,] [which lay long, luminous and transparent,] [like a shrimp in the sunlight]

Thus there are two heavy book-ends, and a list of four lighter Noun-Phrases in the middle, where the determiner sequence moves from the specific definite article of the buses to the generic indefinite articles of a man, a woman, a boy, in anthropologically prototypically descending order. This renders the last light x the least important and least noticeable slot of all in the list of Noun-Phrases – and along with Ida, many a reader will fail to notice the significance of a boy in a shabby suit on first reading. Mr Colleoni has a glamorous notoriety which Pinkie does not. Pinkie has been overlooked all his life, and wants notoriety too.

Authors will use a great quantity of determiners, most of which are unlikely to be of significance from the point of view of literary criticism. But any binary code contains the possibility of comparison, of juxtaposition or contradistinction, and so a can be contrasted with the (as in Arthur Morrison’s text), or used to lull the reader (as with Grahame Greene’s). 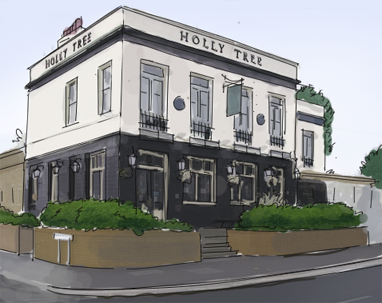