Definition of term the verb do

Do is one of the most frequent verbs in English. Yet it started life as a relatively low-frequency lexical verb meaning ‘to cause, make happen’:

Then, after a heyday in the late 1500s-early 1600s, do-usage began to retreat, until the present-day distribution was reached around 1700, whereby we use auxiliary do in affirmative and negative questions (Did you go? Didn’t you go?), negative imperatives (Don’t go!), and negative declaratives (You don’t often go); but not affirmative imperatives (Go! rather than *Do go! (unless we are being emphatic or super-polite, in which case, do sit down, do have another scone)), nor in affirmative declaratives (they go (we only say they do go in Standard English if we are being emphatic)).

So in present-day Standard English, do can act as a lexical verb meaning ‘to act’, as an auxiliary verb in negative declaratives, questions, and negative imperatives, and as a pro-verb. Quite why it leapt out of its lexical slot into its auxiliary role, and then retreated from affirmative declaratives and imperatives, is not fully understood. Do is one of those small, frequent grammatical devices that usually escapes notice due to being so very commonplace. Which is why it’s worth becoming sensitized to dense patches of do: why did the author place them there?

Demonstration of the verb do in action

The text below is some dialogue from a novel. First read the text, then click below to see the uses of do made explicit:

In the text below, the uses of do have been marked in blue.

He said, ‘No. That’s not it at all. There isn’t nobody, Ba. I swear to God. It’s me. It’s my stuff. I’ve got shoes and undies and everything. You’re the best wife in the world. I just like dressing up. It don’t mean there’s anything wrong with you. If there’s anything wrong with anybody, it’s me. Only I don’t do anybody any harm. A lot of men do it, Ba. You might not realize it, but a lot of men do it. It’s only like … like an interest.’

An interest. He’s got a red crystal pleat two-piece in his cupboard, and things I haven’t even seen that he wants to wear. I’ve known him since the day we started school. We’ve got grandchildren, and a daughter who’s marrying a solicitor, and he’s trying to make out it’s an interest.

Cactuses are an interest. Or badminton.

I said, ‘No, you’re right. It’s nothing like that. You’ve been caught buying your fancy woman presents, and all you can do is try to wriggle out of it, pretending to be a pervert. I’ve heard of some stunts in my time, but this one beats them all.’ I said, ‘Why can’t you just own up? Be a man? Let’s get it over and done with.’

He said, ‘That’s about the size of it, isn’t it? You’d be happier about it if I’d got another woman. You’d sooner be married to a cheating bastard than somebody who just wants to wear a frock every now and then and not do nobody no harm. Eh? Is that it?’

I don’t know. How should I know? We were all right till Jason brought that bridesmaid’s dress round. We were happy as Larry. He says he was just waiting till after the wedding before he told me, but he wasn’t. He knew I don’t want to hear stuff like that.

He said, ‘You think something like this’ll fade away as you get older. You think you’ll stop wanting to do it, but you don’t. And then fifty comes. You get to fifty and you think, if there’s something you want to do, you’d better get on and do it.’

He said, ‘I love you, Ba. If I could have carried on without you having to know I would have done.’

He didn’t though, did he?

Hide explicit uses of do.

Click here to see uses of do in the above text made explicit.

I don’t do anybody any harm

A lot of men do it

all you can do

Let’s get it over and done with

and not do nobody no harm

base form, lexical verb (original Old English sense, ‘to cause’)

I don’t want to hear

you’ll stop wanting to do it

pro-verb, standing for ‘stop wanting to’

there’s something you want to do

get on and do it

I would have done

-ed form (past participle), pro-verb, standing for ‘carried on’

negative declarative auxiliary verb, past tense, pro-verb, standing for ‘carried on without you having to know’

This is the moment when Ba realises that Bobs, her husband of more than two decades, is a cross-dresser. (Ba and Bobs live in the hinterland of Birmingham and the story is written in Ba’s first-person Midlands dialect.) Although the analysis shows that there’s a considerable and versatile amount of do-use, it is not striking, unusual or otherwise remarkable. Do is highly useful when something embarrassing or difficult needs to be articulated. Only on one occasion does Bobs state to wear a frock; otherwise he says dressing up, a lot of men do it, an interest, something like this, you’ll stop wanting to do it, something you want to do, get on and do it. The taboo explicit form (“dressing like a woman”) is euphemized as dressing up/it/an interest/something. Do facilitates this evasion by enabling elision and omission.

Locate and analyse the uses of do – and pay attention to omission of expected do.

When one comes to think of it, few bicycles do realize the poster. On only one poster that I can recollect have I seen the rider represented as doing any work. But then this man was being pursued by a bull. In ordinary cases the object of the artist is to convince the hesitating neophyte that the sport of bicycling consists in sitting on a luxurious saddle, and being moved rapidly in the direction you wish to go by unseen heavenly powers.

Generally speaking, the rider is a lady, and then one feels that, for perfect bodily rest combined with entire freedom from mental anxiety, slumber upon a water-bed cannot compare with bicycle-riding upon a hilly road. No fairy travelling on a summer cloud could take things more easily than does the bicycle-girl, according to the poster. Her costume for cycling in hot weather is ideal. Old-fashioned landladies might refuse her lunch, it is true; and a narrow-minded police force might desire to secure her, and wrap her in a rug preliminary to summoning her. But such she heeds not. Uphill and downhill, through traffic that might tax the ingenuity of a cat, over road surfaces calculated to break the average steam-roller she passes, a vision of idle loveliness; her fair hair streaming to the wind, her sylph-like form poised airily, one foot upon the saddle, the other resting lightly upon the lamp. Sometimes she condescends to sit down on the saddle; then she puts her feet on the rests, lights a cigarette, and waves above her head a Chinese lantern.

Less often, it is a mere male thing that rides the machine. He is not so accomplished an acrobat as is the lady; but simple tricks such as standing on the saddle and waving flags, drinking beer or beef-tea while riding, he can and does perform. Something, one supposes, he must do to occupy his mind: sitting still hour after hour on this machine, having no work to do, nothing to think about, must pall upon any man of active temperament. Thus it is that we see him riding on his pedals as he nears the top of some high hill to apostrophize the sun, or address poetry to the surrounding scenery.

What is the tone of this passage and how does do – or lack of do – help? Write your answer below:

few bicycles do realize the poster

represented as doing any work

could take things more easily than does the bicycle-girl

he can and does perform

no work to do

This text is humorous. The humour comes from the high-flown classical style used to describe the ridiculous (and modern) tricks. Notice, for example, the delayed verb (“Uphill and downhill, through traffic … over road surfaces … she passes”), zeugma (“Old-fashioned landladies might refuse … a narrow-minded police force might desire”), premodification in the Noun Phrase (“her sylph-like form”), classical rhetoric (“to apostrophize the sun”) – and lack of auxiliary do where it is required today: “But such she heeds not”, rather than ‘But she does not heed’, giving an old-fashioned, quasi-Biblical tone. Affirmative declarative do provides bathos: “drinking beer or beef-tea while riding, he can and does perform”; rather than ‘while riding he performs drinking beer or beef-tea’.

Do may seem unworthy of a literary critic’s attention, and in many texts it will have no particular literary significance. But because it does so much syntactic work, it can be a useful tool for present-day authors, and you certainly need to be aware of its changing uses when reading older literature. 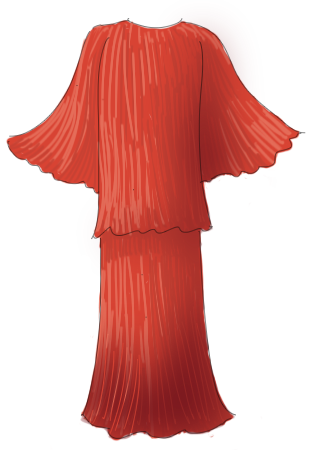