A clause is the larger sense-unit surrounding a Verb Phrase. Clauses can be very short – co-extensive with the Verb Phrase – or longer, containing other elements.

Main clauses contain a finite verb and can stand alone:

Subordinate clauses have either a finite or nonfinite verb and cannot stand alone:

Subordinate clauses can be embedded in main clauses:

Main clauses can be strung together:

Read through this fictional account of watching a silent film. It’s an ‘as-it-happens’ narrative, with the film related frame by frame. First try to spot the verbs, and figure out the clauses they sit in, then click below to see the main clauses and the subordinate clauses made explicit.

In the text below, main clauses have been marked in red, subordinate clauses are in light blue. The verb in each clause is underlined.

[Just as we went into the cinema] [the lights went out] and [the screen flashed], ‘Three-Fingered Kate, Episode 5. Lady Chichester’s Necklace.’

[The piano began to play, sickly-sweet]. Never again, never, not ever, never. Through caverns measureless to man down to a sunless sea. ...

[The cinema smelt of poor people], and [on the screen ladies and gentlemen in evening dress walked about with strained smiles].

[I opened my eyes]. [On the screen a pretty girl was pointing a revolver at a group of guests]. [They backed away] [with their arms held high above their heads and expressions of terror on their faces]. [The pretty girl’s lips moved]. [The fat hostess unclasped a necklace of huge pearls] and [fell], [fainting], [into the arms of a footman]. [The pretty girl], [holding the revolver] [so that the audience could see] [that two of her fingers were missing], [walked backwards towards the door]. [Her lips moved again]. [You could see] [what she was saying]. [‘Keep ‘em up. ...’] [When the police appeared] [everybody clapped]. [When Three-Fingered Kate was caught] [everybody clapped louder still].

Click here to see the main clauses and the subordinate clauses in the above text made explicit.

The title of the film has no verb and so it doesn’t form a clause, nor does the quotation from Coleridge’s Kubla Khan, nor the sequence never, ever, ever, as the speaker reacts to the music, nor the exclamations My God, what a scream! When writing formal English prose, sentences with finite verbs are obligatory. But when people speak, it’s a different matter. It could be said that adverbials are the main unit of speech rather than clauses, and literary writing sometimes reflects this.

There are some nonfinite –ing clauses, nudging, fainting, holding the revolver. These are called nonfinite clauses because –ing is not marked for number, person or tense.

The text is relatively heavy in main clauses, although not strikingly so. The finite verbs in the main clauses are: went, flashed, began, smelt, walked, said, D’ see, ’s, ’s, do see, is, shut, said, shut, said, opened, was pointing, backed, moved, unclasped, fell, walked, moved, could see, keep, clapped, clapped, said, are, Do hate, clap, laugh. The verbs, finite and nonfinite, in the subordinate clauses are: went, nudging, know, held, fainting, holding, could see, were missing, was saying, appeared, was caught. In this particular extract, most of the simple past tense verbs sit in main clauses, and most of the auxiliaries and nonfinite –ing and -ed forms sit in subordinate clauses (this distribution is specific to this piece of writing; it’s not always the case).

There is a distinction between the passages of dialogue and the description of the film. The dialogue is made up of short main clauses and is almost staccato. By contrast the description of the film contains subordinate clauses, nonfinite verbs and heavier Verb Phrases with a range of aspect. This enables the author to depict several things happening at once: the guests back off, look terrified and hold their hands up simultaneously. The girl walks backwards, threatens with the revolver, reveals her missing fingers to the audience and speaks, simultaneously. “Action packed”, as a descriptor of this kind of film, had been coined by 1924 (OED action, n. C1.), but the Google Ngram Viewer (more on the Google Ngram Viewer in Unit 23) reveals that films and books were rarely described this way in 1934. Instead of telling us that it was this kind of film, Rhys shows us.

Read through the following extract and analyse the clauses, then click below to see the main clauses and the subordinate clauses made explicit.

In the text below, main clauses have been marked in red, subordinate clauses are in blue. The verb in each clause is underlined.

[Of course Eddie could drive], and [he had a license] and [I didn’t]. [Cowboy had two cars with him] [that he was driving back to Montana]. [His wife was at Grand Island], and [he wanted us] [to drive one of the cars there], [where she’d take over]. [At that point he was going north], and [that would be the limit of our ride with him]. But [it was a good hundred miles into Nebraska], and [of course we jumped for it]. [Eddie drove alone], [the cowboy and myself following], and [no sooner were we out of town] than [Eddie started] [to ball that jack ninety miles an hour out of sheer exuberance]. [“Damn me], [what’s that boy; doing!”] [the cowboy shouted], and [took off after him]. [It began] [to be like a race]. [For a minute I thought] [Eddie was trying] [to get away with the car] — and [for all I know] [that’s] [what he meant] [to do]. But [the cowboy stuck to him] and [caught up with him] and [tooted the horn]. [Eddie slowed down]. [The cowboy tooted] [to stop]. [“Damn, boy], [you’re liable] [to get a flat] [going that speed]. [Can’t you drive a little slower?”]

[“Just take it a little easy] and [we’ll all get to Grand Island in one piece.”]

“Sure thing.” And [we resumed our journey]. [Eddie had calmed down] and [probably even got sleepy]. [So we drove a hundred miles across Nebraska], [following the winding Platte with its verdant fields].

Click here to see the main clauses and the subordinate clauses in the above text made explicit.

What is the effect of the distribution of main and subordinate clauses in the above extract? Write your answer below:

In multiple-clause sentences, try re-ordering to discover which are main and which subordinate.  Here’s the sixth sentence re-ordered: the cowboy and myself following, Eddie drove alone, and Eddie started to ball that jack ninety miles an hour out of sheer exuberance no sooner than we were out of town.  Re-ordering can give you some sense of emphasis: usually units at the start, and units at the end, will receive more emphasis than those in the middle.  In the original, the emphasis is on Eddie’s driving alone and his sheer exuberance, whereas in my re-ordering it would be the cowboy and myself, and being out of town.  The sense remains the same, but it highlights how this text is focused on Eddie and his behaviour.

As well as nonfinite –ing clauses, this text has nonfinite base form clauses: to drive one of the cars, to ball that jack, to be like a race, to get away, to do, to stop, to get a flat. The base form is not marked for tense, person or number, and there’s a considerable amount of incomplete actions here:

he wanted us to drive (and it did in fact happen)

The cowboy tooted to stop (and he did)

you’re liable to get a flat (but he didn’t)

This use of subordinate clauses containing the base form builds a certain amount of suspense: as Eddie races off at ninety we appreciate the speaker’s concern, as neither the speaker nor the reader knows the outcome until the cowboy talks him down.

To do clause analysis you need to be able to spot the verbs. Main clauses will have finite verbs, subordinate clauses may have finite or nonfinite ones. Clauses can come in any order. They are the larger units of the written sentence, and moving them around allows you to see where emphasis has originally been placed. 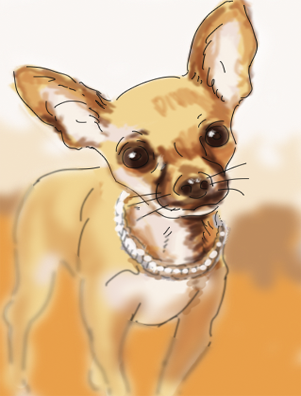