Definition of term collocation and colligation

The term collocation refers to the company words keep. Bacon collocates with eggs. Rancid collocates with butter. Health collocates with and safety. In very recent years, apologies collocates with for any inconvenience caused. Collocations can be in any relation – within the phrase, clause, or above clause level. They can stay stable for centuries: aid goes with and abet, and has done since Anglo-Norman French was the language of the law. They can also shift rapidly: people didn’t call each other a silly juggins before the mid 1800s and they haven’t done so for several decades. But the collocation silly juggins occurs in novels by Sir Arthur Conan Doyle (The Three Correspondents, 1896), Jerome K. Jerome (Paul Kelver, 1902), Compton Mackenzie (The Early Life and Adventures of Sylvia Scarlet, 1918), Agatha Christie (The Seven Dials Mystery, 1929) and others of that generation. Go to the Google Ngram Viewer and type in “silly juggins ” – you’ll see a heyday of usage in the decade 1910-1920, with a flanking of vanguard and rearguard users, and what is probably restricted usage from the 1940s onwards – restricted to literature written for children, or in more recent decades, ironic use.

Colligation is a type of collocation where a lexical item is tied to a grammatical one. It’s not the end of the world is a common locution, however, its synonym it’s not Armageddon is not. The phrase the end of the world colligates with the negative, whereas Armageddon doesn’t. Collocation and colligation are therefore useful ways of looking at synonyms: words may mean the same thing, but turn out to keep different company.

Demonstration of collocation and colligation in action

Read the beginning of Chapter Three from Where Angels Fear to Tread by E. M. Forster, and consider whether there are any unusual collocations or colligations:

Opposite the Volterra gate of Monteriano, outside the city, is a very respectable white-washed mud wall, with a coping of red crinkled tiles to keep it from dissolution. It would suggest a gentleman’s garden if there was not in its middle a large hole, which grows larger with every rain-storm. Through the hole is visible, firstly, the iron gate that is intended to close it; secondly, a square piece of ground which, though not quite, mud, is at the same time not exactly grass; and finally, another wall, stone this time, which has a wooden door in the middle and two wooden-shuttered windows each side, and apparently forms the façade of a one-storey house.

This house is bigger than it looks, for it slides for two storeys down the hill behind, and the wooden door, which is always locked, really leads into the attic. The knowing person prefers to follow the precipitous mule-track round the turn of the mud wall till he can take the edifice in the rear. Then—being now on a level with the cellars—he lifts up his head and shouts. If his voice sounds like something light—a letter, for example, or some vegetables, or a bunch of flowers—a basket is let out of the first-floor windows by a string, into which he puts his burdens and departs. But if he sounds like something heavy, such as a log of wood, or a piece of meat, or a visitor, he is interrogated, and then bidden or forbidden to ascend. The ground floor and the upper floor of that battered house are alike deserted, and the inmates keep the central portion, just as in a dying body all life retires to the heart. There is a door at the top of the first flight of stairs, and if the visitor is admitted he will find a welcome which is not necessarily cold. There are several rooms, some dark and mostly stuffy—a reception-room adorned with horsehair chairs, wool-work stools, and a stove that is never lit—German bad taste without German domesticity broods over that room; also a living-room, which insensibly glides into a bedroom when the refining influence of hospitality is absent, and real bedrooms; and last, but not least, the loggia, where you can live day and night if you feel inclined, drinking vermouth and smoking cigarettes, with leagues of olive-trees and vineyards and blue-green hills to watch you.

4.bidden or forbidden: despite their obvious relationship, these two verbs do not usually collocate together.

5.a welcome which is not necessarily cold: the collocation a warm welcome lies behind this periphrasis [periphrasis: a circumlocution, using several words where few would do].

The overall effect of these mild surprises is one of equally mild humour. The description of the house is not out-and-out funny but there is a lightness of touch here, a certain sprightliness – and this style characterizes much of E. M. Forster’s writing.

Read the following passage and comment on the effect of any interesting or unusual collocations.

Miss Mouse (in a very enterprising frock by Cheruit) sat on a chair with her eyes popping out of her head. She never could get used to so much excitement, never. Tonight she had brought a little friend with her – a Miss Brown – because it was so much more fun if one had someone to talk to. It was too thrilling to see all that dull money her father had amassed, metamorphosed in this way into so much glitter and noise and so many bored young faces. Archie Schwert, as he passed, champagne bottle in hand, paused to say, “How are you, Mary darling? Quite all right?”

“Is he?” said Miss Brown, who would have liked a drink, but didn’t know how quite to set about it. “You are lucky to know such amusing people, Mary darling. I never see anyone.”

“Well, yes, I suppose it was. But you know (was it dreadful of me?) I hadn’t heard of any of the names.”

Perhaps it should be explained – there were at this time three sorts of formal invitation card; there was the nice sensible copybook hand sort with a name and At Home and a date and time and address; then there was the sort that came from Chelsea, Noel and Audrey are having a little whoopee on Saturday evening: do please come and bring a bottle too, if you can; and finally there was the sort that Johnnie Hoop used to adapt from Blast and Marinetti’s Futurist Manifesto. These had two columns of close print; in one was a list of all the things Johnnie hated, and in the other all the things he thought he liked. Most of the parties which Miss Mouse financed had invitations written by Johnnie Hoop.


What is the effect of any interesting or unusual collocations in the text above? Write your answer below:

You may have noticed the Noun Phrase a very enterprising frock, as the adjective enterprising does not usually modify the noun frock, but the collocates that are unlikely to be in your own idiolect are too thrilling, and having a little whoopee on Saturday evening.

The adverb too, used as an intensifier, is found in OED under “too, adv. II.3 . As a mere intensive: Excessively, extremely, exceedingly, very. (‘Now chiefly an emotional feminine colloquialism’)” — this comment dates from 1913 and is probably the opinion of the lexicographer rather than based on any survey, but it shows that too as an intensifier was used by some speakers and not by others at that date. Notice how Mary Mouse’s pronouncement about Archie Schwert’s being too clever is in response to his perfectly normal greeting How are you, Mary darling? Quite all right? – a matter of pragmatics. Elsewhere in the novel a character uses the double form too, too sick-making.

Whoopee is used as a synonym for ‘party’, as in the collocation ‘we’re having a little party’. This seems to have had a limited use in space and time. OED whoopee, int. and n ., lists one other token (with verb give rather than have):

A search of Google Books reveals [having + a whoopee] as an adjective at this date, but not as a noun: you were out having a whoopee time (John Held, 1930); a school of frogs or turtles was having a whoopee party (The Cavalry Journal, Volume 25, Royal United Service Institution, 1935). The usual verb collocating with whoopee as a noun was not having but making, without the indefinite article:

Another bride, another June, Another sunny honeymoon, Another season, another reason for making whoopee! (G. Kahn, 1928).

I conclude that either using whoopee as a synonym for party in the lexical configurations with which party collocated was very much restricted to the upper-classes in London around 1930 and hence doesn’t show up in literature; or, that Noel and Audrey were meant to sound somewhat inept; or, that Waugh got his slang wrong. Personally, I’m inclined to trust the author, and interpret this as a little dig at people from Chelsea.

Learning which words collocate with which is one of the demands of learning a second language, as native speakers don’t get them wrong. However, inventing new collocations is one of the prerogatives of creative writers, and they will always startle, to a greater or lesser extent. The Google Ngram Viewer is your friend here. 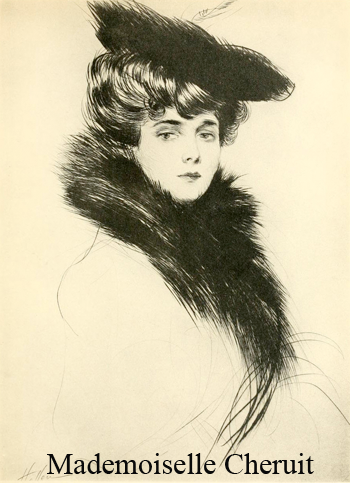