Pragmatics is concerned with how language is used to generate meanings in context. It encompasses, amongst other things, conventions and assumptions about what sort of speech is appropriate in a given society at a given time.

When I buy my ticket at Cambridge Railway Station, it’s perfectly reasonable to say “a day-return to London please”. It is not pragmatically normal to say “a day-return to London please – I’m late today because the toaster broke, so I had to have cornflakes, which meant I had to go out for milk” – there’s nothing wrong with this grammatically or lexically, but it is not appropriate to give so much information in this context. On the other hand, if I were at a rural train station, with no-one in the queue behind me, and I knew the person in the ticket-office, it would be appropriate; that is, it would fit within our current pragmatic constraints.

Pragmatics, then, is not limited to words, grammar, meaning, or sounds, and can be tricky to interpret in texts which are distant in time, or which were written by writers from other societies. 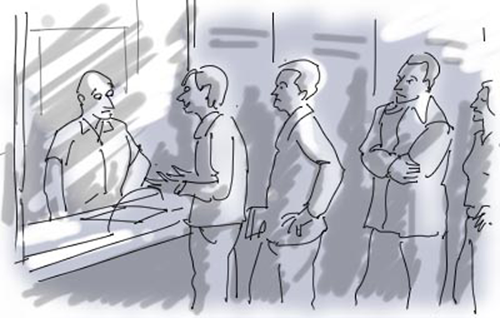 1. Demonstration of pragmatics in action: lyrics

Look at the two videos in the examples below and attempt the tasks set.

Write down the first four lines that she and the Nicholas Brothers sing (up to the line: “Jack she means that she can’t afford (I can’t afford) to board the Chattanooga Choo Choo”).


When you’ve written down what Dorothy Dandridge and the Nicholas Brothers sing, click on the link below to hear The Andrews Sisters singing the same song, Chattanooga Choo Choo, this time with lyrics as usually sung subsequently, for example in the 1954 film The Glenn Miller Story. Write down the first four lines sung by the Andrews Sisters.

Write your transcript in this box:

Pardon me boy
Is this the Chattanooga Choo Choo
Right on track twenty-nine
Boy you can give me a shine
(version sung by The Andrews Sisters, 1942)

What is the difference between the two, and why? Write your answer in this box:

Compare your answer with the sample answer below:

Dorothy Dandridge would have been classified as black in the US in 1941 (in Britain we would probably say mixed-race). She was singing to two young black men (Fayard Nicholas was 27 in 1941 and Harold Nicholas was 20). The line ‘Pardon me boys’, meant, in context, ‘Excuse me, young men’. The Andrews Sisters’ (and most subsequent versions) address is in the singular: ‘Pardon me boy’. In context – waiting at an American railway station in the early 1940s – this line meant ‘Excuse me, black man-servant of any age’, and that’s how the contemporary audience would have interpreted it. American audiences knew that shoe-shiners at stations were usually black men, and it was usual for white speakers, of any age, to address black men, of any age, as boy. The audience (or a sizeable proportion of them, at least) would not have perceived this as rude. According to the pragmatic conventions of that time and place, the request was polite: it began with ‘Pardon me’.

2. Demonstration of pragmatics: Difference in the meaning

The difference in the meaning of the word boy lies in the realm of pragmatics; that is, a change in society has lead to a change in a word’s usage. America was an institutionally racist (or ‘racialist’, as it was known at the time) country in the mid-20th century. Click here to see the Oxford English Dictionary entry for the word boy

(You may need to use your Raven login if you are away from Cambridge. Click on 'Athens/Access management Federation Login' and then 'University of Cambridge' to get to the Raven Login page. Once you have access to the dictionary, put 'boy' in the "Quick search" box and click the red GO button).

On the OED screen for the headword boy, under the heading Etymology, click on the words (show more). As you scroll down, you’ll see that the earliest meaning for this difficult word (difficult because the early development of it is so unclear) was ‘male servant, slave’ (note particularly the entries for 1876 under A.n.11.a.(b)., and for 1864 and 1888  under A.n.11.c.).  You’ll see that entries from the 1970s on make it clear that by then, in many extra-territorial Englishes (that is, English spoken outside Britain), this sense had become offensive.

Note that the meaning ‘male child’ is first attested in 1440, that is, over a hundred years after the meaning of ‘slave, servant’. The Andrews Sisters were using the word boy in its original sense; Dorothy Dandridge in its secondary sense-development.

When we come across the word boy in older literary texts, we need to be sensitive to how it was used in that society. It’s relatively easy with Chattanooga Choo Choo – there are still people alive whom we can ask about language in the 1940s and 50s, and there is plenty of contextual evidence. But consider Shakespeare’s usage of the word boy:

In what sense, or senses, did Shakespeare use the word boy? You may look up further context by clicking on the link below.
Search Shakespeare corpus

These are not all Shakespeare’s tokens of the type boy (the technical term tokens refers to individual occurrences, the technical term type refers to the feature under consideration), but it is enough to demonstrate that in Shakespeare’s time, both the earlier sense ‘servant’ and the later sense ‘young male’, as well as the pejorative meaning ‘wretch’ and the affectionate meaning ‘dear fellow’ were operative. Only context clarifies, and if there is insufficient textual context, then the meaning is ambiguous.

Words mean what they mean in context. They have no implicit, extra-contextual meaning; rather, pragmatics trumps all. To be a good reader of literature, you need to be aware of pragmatics.