My PhD research concerns the copyist Ralph Crane, a poet and scribe who is best known for his transcription of several plays for Shakespeare’s 1623 First Folio. Although typically described as a ‘playhouse scrivener’ or ‘copyist to the King’s Men’, Crane is known to have also copied for the Privy Council and Privy Seal Offices, and the Inns of Court. His manuscripts contain the work of the poets Randolph, Davison, and Austin, the naval officer Sir Henry Mainwaring, the playwrights Jonson, Beaumont, Fletcher, Massinger, Middleton and Webster, and the Lord Chancellor Sir Francis Bacon. At other points in his life, Crane was working alone, in the production of presentation manuscripts and verse miscellanies which contain poetry circulated only by him. 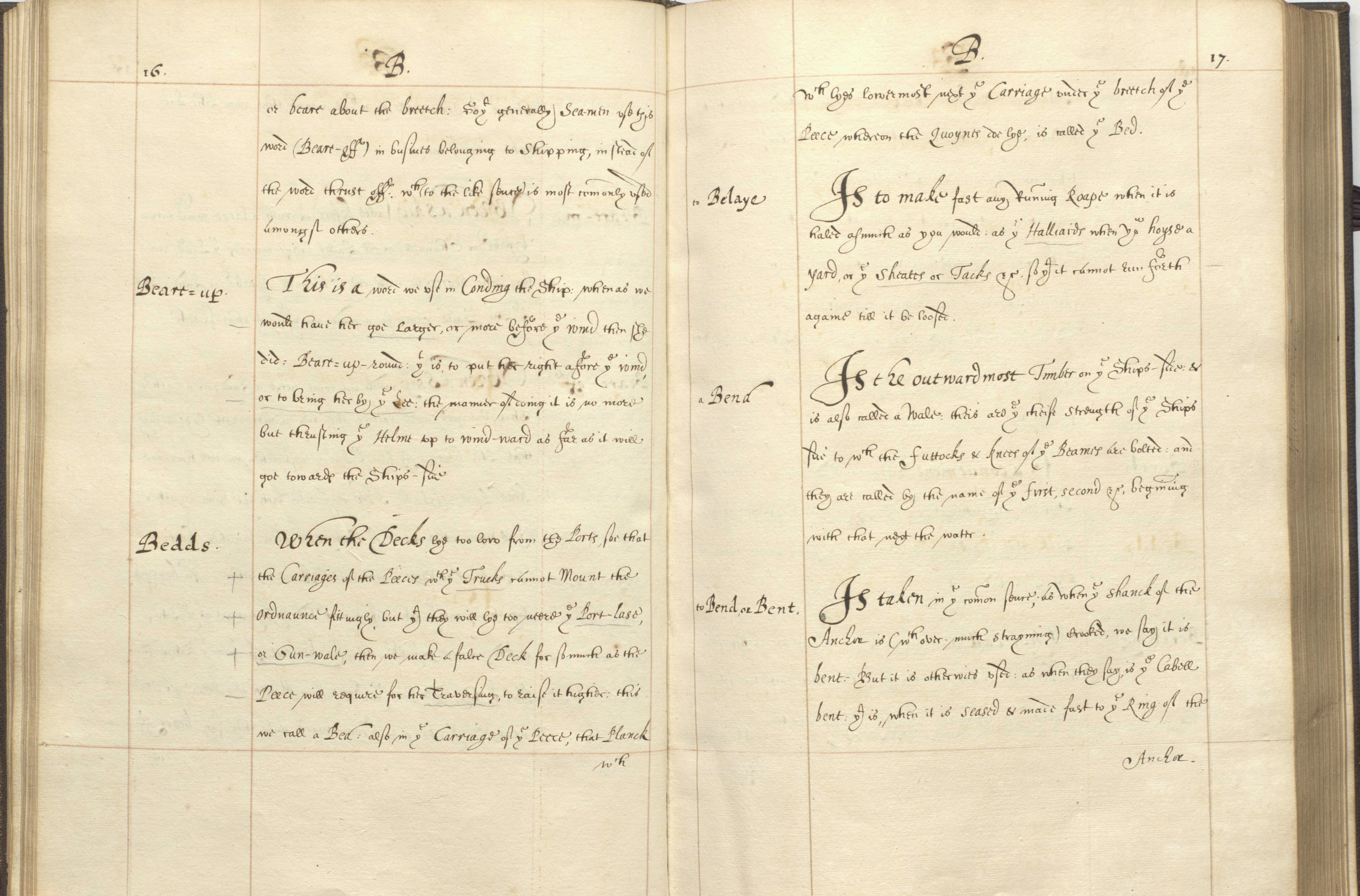 Crane’s surviving manuscripts attest to his interest in apportioning and attributing his manuscripts’ content and production, as well as describing his own role in reframing others’ work. His dedications sometimes narrativise his role in the volumes’ creation: though he repeatedly states that ‘I call nothing mine own but only the manuscription’, he describes himself as a ‘cook’, ‘ordering and setting forth other men’s dishes’, or as a pilgrim ‘happening upon’ a flower growing in the ‘earth of another man’s’, and ‘replanting it in [his] own richer ground’. Although he is best known for his copies of play-texts, the surviving text of which Crane appears to have produced the greatest number of copies was Sir Henry Mainwaring’s 1623 naval dictionary A Brief Abstract, Exposition and Demonstration of all Parts and Things belonging to a Ship. There are nine more copies of the dictionary than have been thought, which brings the total number of surviving Crane copies from four to eight. Crane was at the centre of the text’s initial dissemination, working in close proximity to Mainwaring on the naval officer’s dedications, and producing all his presentation manuscripts. Crane also produced at least two manuscripts of Sir Francis Bacon’s correspondence. I have blogged about the binding of one of Crane’s Bacon manuscripts here (http://www.english.cam.ac.uk/cmt/?p=4855).